Infinity War and the Infinity Stones in the MCU! 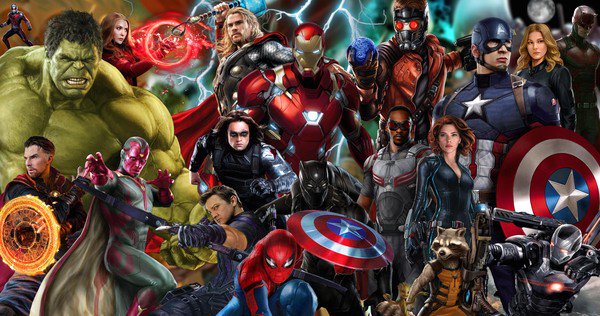 We all know for the last 10 years all 18 Marvel movies have been setting up for something bigger. Well on April 27th the movie we all been waiting for will be in theaters. Marvel’s Avengers: Infinity War.

What originally was supposed to be a 2 part movie is now one movie in it self. Although there will be an Avengers 4 slated to release on May 3rd 2019, almost 1 year after Infinity War. This movie is supposed to be the aftermath of infinity war.

Some of the most powerful objects in the Marvel Universe are the infinity stones. The stones predate the universe it self and were around before all life was formed. We learn in the comics that these stones should never be used together or at all because they are too powerful and whoever possesses them all can dominate the entire universe.

This is exactly what is happening in the MCU. The Mad Titan Thanos is on a mission to obtain all 6 infinity stones by any means necessary. When we saw the Infinity War trailer we see Thanos with a blue stone and a purple stone in the infinity gauntlet. For those of you who have been watching the movies we know the blue stone is the space stone, first introduced in Marvel’s Captain America: The First Avenger as the tesseract. The purple stone is the power stone introduced in Marvel’s Guardians of the Galaxy Vol 1 as the orb.

So with Thanos going around collecting stones it seems that he has already picked up the first two he needs. At the end of Guardians of the Galaxy we see the Guardians give the orb (Purple power stone) to Nova Corps for safe keeping. My theory is that Thanos wreaks havoc on Xandar in efforts to get that power stone.
The space stone was first seen in Captain America: The First Avenger in the possession of Red Scull. He was trying to use the power to make weapons, not knowing what was actually inside the cube Red Scull was transported by the stone to a unknown location. SHIELD gains posession of the space stone and in the first Avengers movie, Loki is transported to the SHEILD facility after the cube is activated. Since Loki gained control of the minds of Dr. Selvig and Clint (Hawkeye) they were able to steal the space stone from SHEILD and attempt carry out Lokis plan for the invasion of the Chitauri. This set off the events that occurred in the first Avengers movie. The Space stone was taken back to Asgard by Thor and Loki after the battle in Manhattan to be stored in Odins vault at the end of the first Avengers movie.
Loki’s a staff was used to control organic life because of the infinity stone inside. He received the staff from Thanos when Thanos asked him to go to Earth and collect the space stone. Loki used the staff to control others minds during the events of the first Avengers movie. After the battle in New York and since Hydra infiltrated SHEILD the staff was collected for Baron Von Strucker who attempted to use the power of the stone to enhance humans. This is how Wanda and Pietro Maximoff recieved their abilities.

In the beginning of Avengers: Age of Ultron the Avengers infiltrate Von Struckers base to retrieve the staff from Von Strucker after they find out SHIELD was compromised during the events of Captain America: The Winter Soldier. After the Avengers retrieve the staff Tony and Bruce Banner research and attempt to harness the power of the staff. In Avengers Age of Ultron Tony planned to build smarter robots to help protect the world but his plan backfired when the super artificial intelligent robot Ultron awakened. Ultron was under the impression that the world as we know it was corrupted, so he planned to remake the world in his image by destroying all life.

To do this Ultron built an android body with the help from Dr. Helen Cho. He used the precious metal vibranium after he retrieved the metal from Ulysses Klaue during the battle at the scrap yard. He was attempting to transfer his entire programming into the new body using the mind stone he stole from the Avengers during the battle at the Avengers tower after Ultron awakened. The Avengers was able to stop him, and instead Tony used the body to transfer Jarvis, another artificial intelligence with the mind stone and energy from Thor’s thunder causing the being in the cradle to awaken, thus The Vision was born. The Vision now possesses the mind stone embedded in his forehead.
During the events of Thor: Ragnarok, Loki removed the space stone from the vault before Asgard was destroyed. Thor, Loki and other Asgardians escape their crumbling home world on a ship and decide to travel to earth, however they encounter what appears to be Thanos ship. My theory is that Thanos attacks the Asgardians and retrieves the space stone that Loki smuggled on the ship, or Loki turns on his brother again and helps Thanos. There was a clip released where you see Thor get hit by the Milano and is taken aboard the ship with the Guardians of the Galaxy.
So now we know where the Mind Stone, the Space stone and the Power Stone are. The Reality stone was introduced in Thor: The Dark World. It was shown in liquid form called the Aether and it was used to distort reality itself, by altering the laws of physics. At the end of Thor: The Dark World you watch the Asgardians give the Reality Stone to The Collector because it was unsafe to keep two infinity stones close to each other. Due to the events that occurred during Guardians of the Galaxy Vol 1, the Reality stone may currently be lost for now.
The time stone was introduced in Doctor Strange’s debut movie in the Eye of Agamotto and it was used by Doctor Strange to defeat Dormammu, it is currently under Doctor Strange’s protection at the Sanctum Sanctorum in New York City.
The only stone that has not been revieled is the Soul stone, many Marvel fans believe that the Soul stone is hidden somewhere in Wakanda and although it was not apparent in Black Panther, it was said that it may have been the source of power behind the ability to send T’Challa and Erick Killmonger to the ancestral plane. Only time will tell if these fan theories become fact.
Based on what we gathered from the Avengers: Infinity War trailer is that Steve, T’Challa, Natasha, and others are about to battle someone. In the trailer you see the large group of Avengers and warriors running in a field. It could be the Mad Titans army coming to take the soul stone? I guess we will have to see. Here is the Marvel’s Avengers Infinity War trailer.