Mortality Between the Sexes

There are many biological, behavioral and environmental factors that contribute to a woman living longer than men. Most of it is how the two sexes live their lives. Men dying sooner than a woman makes sense on a biological standpoint because 105 males are born for every 100 females, it would assure that there are about the same number of men and women at reproductive ages. Even though the woman shows a longer life expectancy in almost every human society in the last decade of the 20th century, the size of the advantage varied greatly. In America, the average male life expectancy was 73.4 years, and 80.1 years for females; that’s a 6.7-year difference. Other countries the time is between 1 to 12 years.
In earlier days men were exposed more to the hazards of the workplace in an industrial context, alcoholism, smoking, and road accidents. These have increased considerably during the 20th century. Other observations indicate that the growing excess male mortality in industrial countries would be explained by the rise of so-called “man-made diseases”. Research shows that woman have biological advantages that allow them to live longer, and that woman does not engage in as much risky and unsafe behaviors as men do. Men drive more recklessly than woman do, and men also smoke more often than female smokers do base on this research.
French demographer Jacques Vallin has long been monitoring longevity in general and sex differences, in mortality in particular. Most women seek health and beauty, they focus more on trying to look and feel as young as possible for as long as possible. A woman will often keep up with doctors’ appointments and checkups, while most men often go years without seeing a doctor. On average about 1 out of 3 men do not have a primary health physician or get regular checkups. Men who do see their doctor are not always honest about their health concerns, thus causing the doctor to not request certain tests to be done.
The diversity in worldwide longevity alone indicates that the difference in mortality between the sexes is not purely biological and that there are intervening social factors that also play a part. There are a variety of situations that reflect different stages of a three-part historical evolution. A woman in the past may have had a biological advantage that allows them to live longer, however in several places the status and life conditions of women nullified this benefit. Today, given the general progress in female life conditions, woman have not only regained their biological advantage but have changed the way they take care of themselves.
Even in today’s lifestyle with men and woman basically doing the same jobs, there hasn’t been a significant change in the gap between the years longer woman live. Most of it has to do with the way men treat themselves, as mentioned before men overstress their bodies, they put themselves through a lot in their young age, and if they are not careful the stress will catch up to them.

There was an error retrieving images from Instagram. An attempt will be remade in a few minutes. 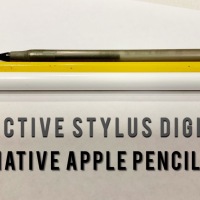