Black Lighting is a CW tv series staring Cress Williams that focuses on a school principle that has super powers, he also raises his two daughters with his on and off again wife.

While Black Lightning is most definitely a unapologetically black nostalgia tv series, it discusses real issues that people can relate to in black communities. This is the reason why I love the show so much. Im a big fan of superhero TV shows and movies. This just adds to my collection.

Although the show just like others does not stick to the standard super hero, “beat up the bad guy and stop him from taking over the world plot”. It instead focuses on real issues local issues that we are dealing with today, while adding government conspiracy theories.

It does fall into the mobster/ shaft type category and even provides a nice sound track to some of the fight scenes which I love.

It also focuses on “Black lives matter” epidemic that has been plaguing the world lately. This along with other outlandish issues, like a street drug called “Green light” that could either kill someone or give them superhuman powers. 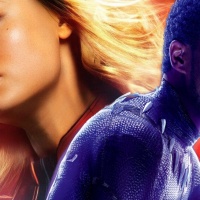