Spider-Man: Into the Spiderverse Review

I got to see Spider-Man: Into the Spiderverse early thanks to an exclusive offer via Amazon, and I have to say I’m glad I saw the movie.

I thought it was interesting that Sony was doing an animated Spider Man movie considering their deal with Marvel/Disney to use the live action spider man for MCU films.

I was impressed not only with the animation but also how the movie played out. The star of the film was Miles Morales, an African American teen who was bit by a spider that came into contact with an inter-dimensional device constructed by Doc Ock and Wilson Fisk.

Miles quickly finds out that there are others like him, other Spider-Men and Spider-Woman in the multiverse.

The entire move will have you feeling all the emotions, it was funny, and parts were sad, much like anything you’ve ever seen but better.

I also liked how they stayed true to the animation from other art styles like Japanese animation and traditional American cartoon animation to make everything seem very authentic and true to what it is. It was definitely something I’ve never seen before in one movie.

The music was top notch, with music by Vaughn Orlando and fit well with the theme of the movie.

Im giving Spider-Man: Into the Spiderverse my highest praise, and I suggest you all go see it when it hits theaters next week on December 14th with your family and friends. 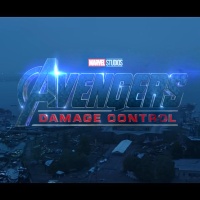