Tyrese maybe in talks with Marvel

In a Instagram post taken today on Tyrese Gibson IG page. It seems as though he was in the waiting area at Marvel potentially waiting to discuss a part in an upcoming film or TV show.

Gibson was surrounded by human sized Iron Man figures in this waiting area. One person commented “Are they real” with Gibson replying “They are so real”

Others started suggesting that Tyrese is about to be offered a role in the next MCU movie or show. 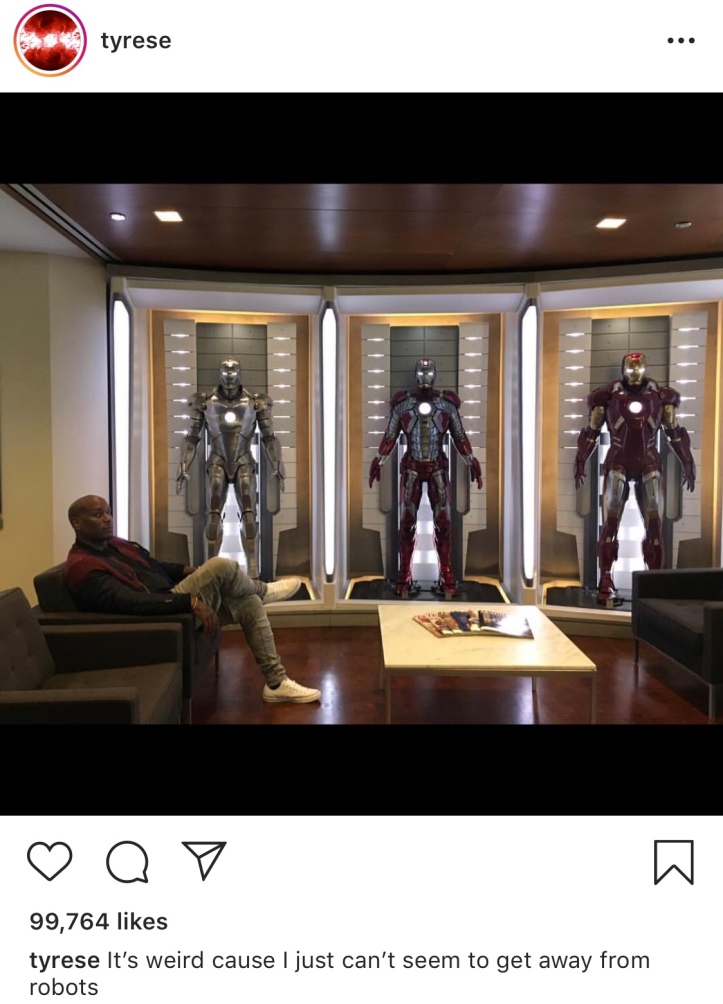 Tyrese is known for his role on Transformers as Sergeant Epps and his role in the Fast and Furious as Roman.

But with many marvel movies and TV shows in the works for the next few years, its hard to tell what kind of role Tyrese would take on in the MCU.

What Marvel character would you like to see Tyrese play in the MCU? Leave your comments.