First Reactions To “Captain Marvel” Are In

Last night a select group of screeners got to see the Captain Marvel movie for the first time before anyone else.

They, of course, were not allowed to spoil any details about the film nor would they want too.

Most of the tweets we saw last night were giving the “Carol Danvers” film high praise.

Here are some of the reactions. 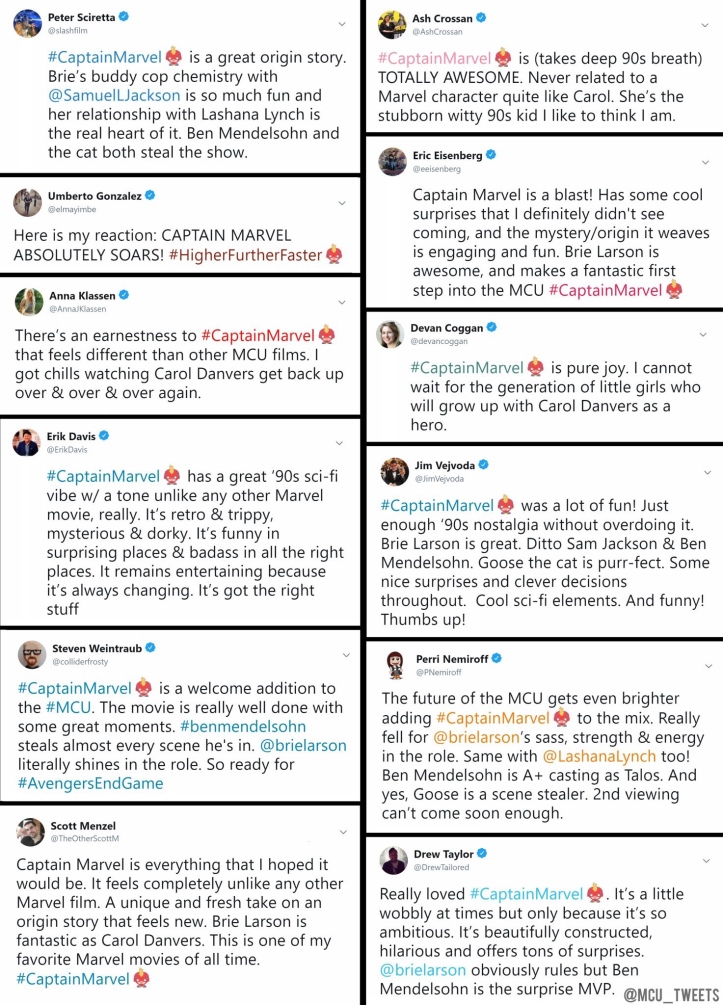