These Characters Are Now Confirmed To Have Survived Infinity War, And One Other Who Did Not Survive

We are now 30 days away from the epic conclusion to the Infinity Saga. With this comes the beginning of advertisements including poster art.

We finally have confirmation of who survived and who DID NOT survive Thanos assault on the universe.

These new posters highlights the vast list of MCU characters who appeared and some who did not appear in Avengers Infinity War.

These are new character posters that were just released this morning for Avengers: Endgame by Marvel Studios

The character posters that were kept in color are confirmation that these Avengers survived the decimation.

Notice the circled 4 characters what we can now say have not been decimated. At first, we were not sure if some characters made it or not because it was not disclosed during the movie.

Pepper Potts – In earlier leaks, it was speculated that Pepper will suit up in her Rescue armor, however, we were not sure if she had survived the snap or not. Her new character poster confirms she was not dusted.

Happy Hogan – Although Happy’s scene was cut from Infinity War, it looks like he will be returning at some point in Endgame.

Wong – Wong at the time was protecting the sanctum after the brief battle in New York we can now say he has survived the snap.

Valkyrie – Valkyrie’s fate was a big mystery ever silence the end of Thor: Ragnarok, and the very beginning of Avengers Infinity War. According to the Russo brothers, Valkyrie and Korg along with some of the survivors of Thanos attack on the Asgardian refugee ship were able to escape to somewhere currently unknown.

This second set of character posters that are in black and white shows all of the heroes we know who have been decimated including one that we could not confirm during last years movie. Shuri, T’Challa’s scientist sister has also been confirmed to have been dusted. 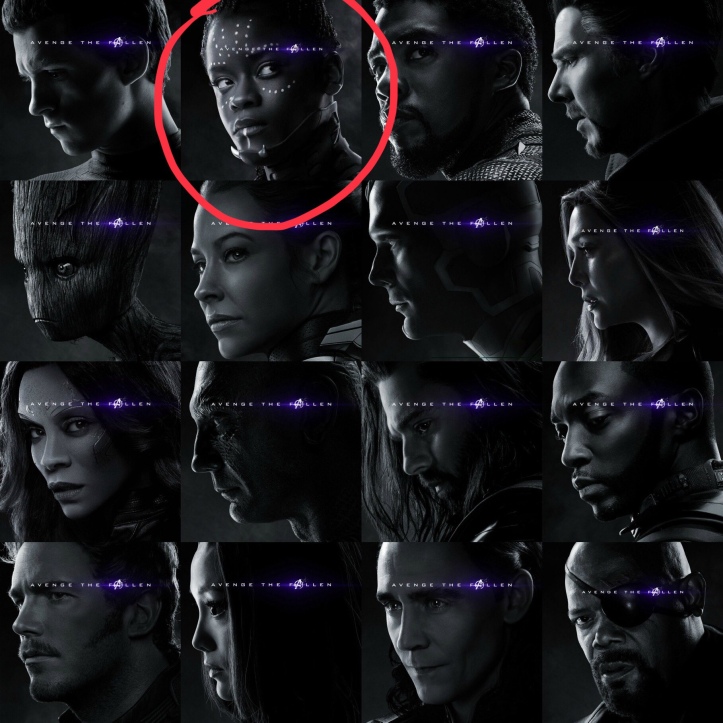 Although all of these FALLEN heroes were not actually dusted by the snap, they, however, were taken out by the hands of the Mad Titian.

Avengers Endgame will be in theaters on April 26th and will be over 3 hours long.