Casting has begun for Marvel Studios upcoming film The Eternals. The movie is supposed to begin filming in September,

Wilson Cruz an openly gay actor known for his current role in Star Trek Discovery as Dr. Hugh Culber took to Twitter yesterday to put the news out there for director of The Eternals Chloe Zhao and Marvel Studios to give him a call. 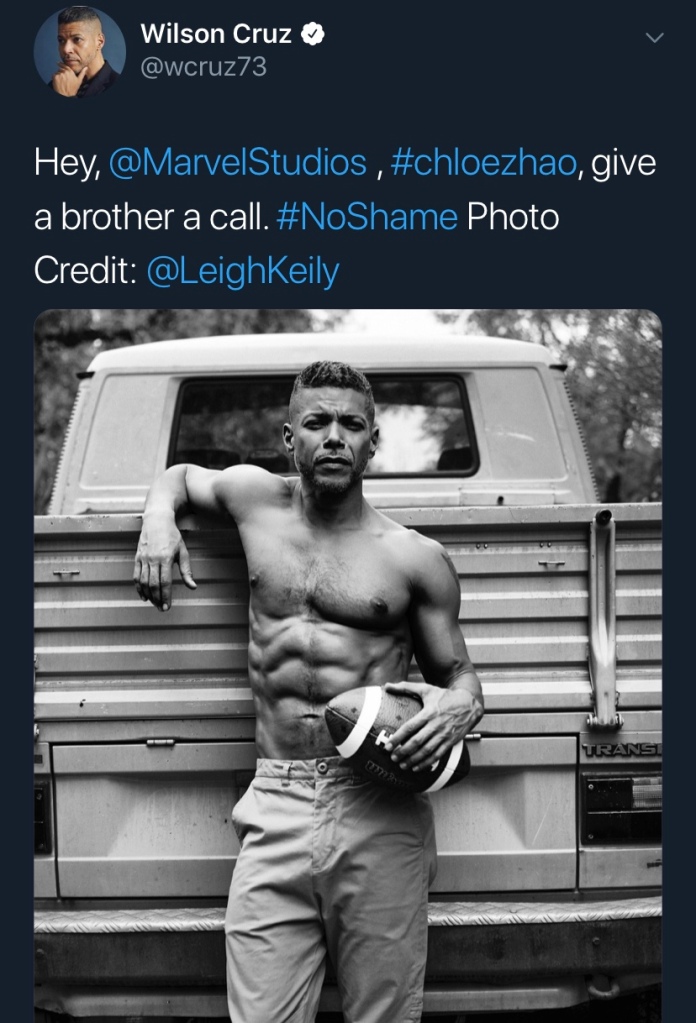 Currently, the lead character for the film has not been chosen. Cruz wanted to make sure he put the word out that he is interested in a role in the film.

Marvel Studios is looking for a gay actor for the lead role in the film. Other reports say that Hercules will be the lead character and that the film will deal with Greek mythology.

Wilson definitely has the body type and he is an incredible actor. He is also in a great position to take on a massive film like this.

The news about an openly gay character in the MCU got mixed feelings as expected. However, Marvel and Disney have always been companies who are for the people. They are not afraid of the backlash and they are not afraid to share stories that people can relate to.

What do you think about Wilson joining the MCU?